Apple showed off its upcoming versions of iOS 16 and iPadOS 16 at its WorldWide Developer Conference (WWDC) last month, and since then it’s been sending out a few developer previews. However, starting today, you can also participate in testing of upcoming releases, as the public beta program is now live for iOS 16 and iPadOS 16.

This means that, if you have a compatible iPhone or iPad, you can now simply enroll it in the beta program, and you’ll receive the first public beta later today in the form of an over-the-air software update. . From then on, you’ll also get subsequent public betas as software updates, until the final version hits the streets this fall. Once you install it, you will be out of the beta track.

Since this is the first public beta, you shouldn’t expect it to be perfect – far from it, in fact. There are probably a lot of issues with it and annoying bugs, so it’s not really advisable to switch it to your primary phone or tablet.

iOS 16 has a lock screen that can be personalized with wallpapers, clocks and widgets, while notifications now come from the bottom. Multiple lock screens are also supported and can be linked to focus modes.

The Messages app has also received some updates, including support for editing, deleting and marking messages as unread, while SharePlay is no longer limited to FaceTime so you can use Messages to communicate with the people you share content with. Speaking of FaceTime, calls can be forwarded between devices, while the Health app now tracks the medications you’re taking – if you want, of course. 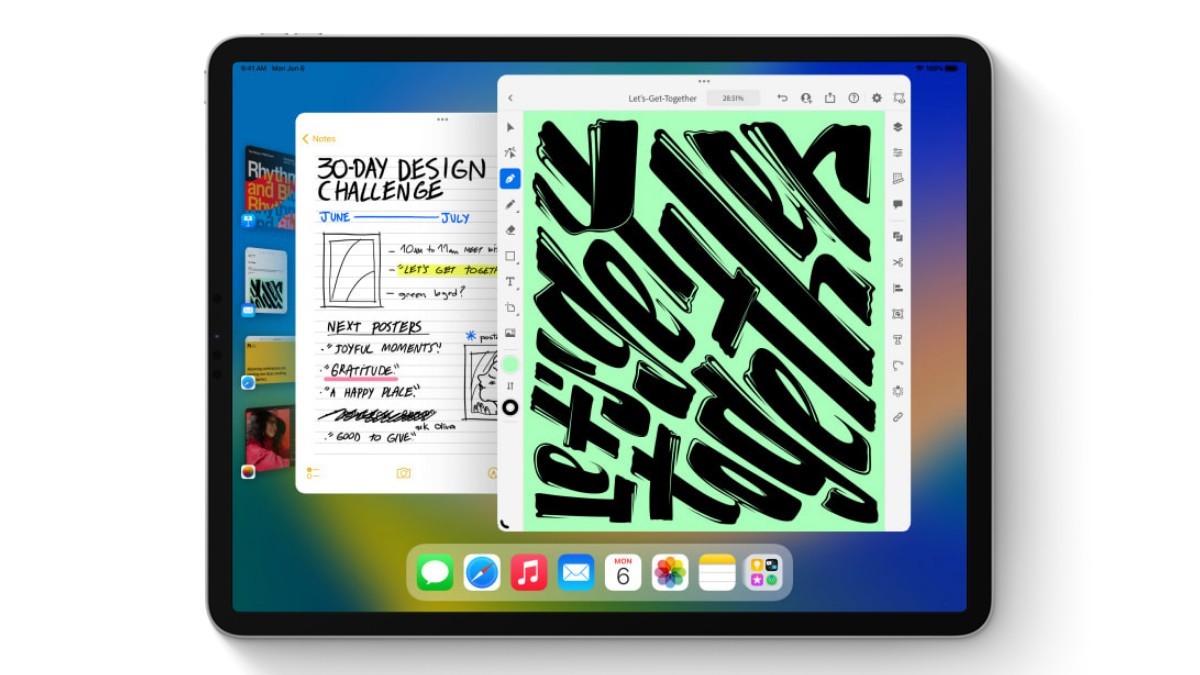 There’s a lot more cool new stuff packed into this version, which you can play around with – the iPad gets its own Weather app and a new multitasking system called Stage Manager, for example.